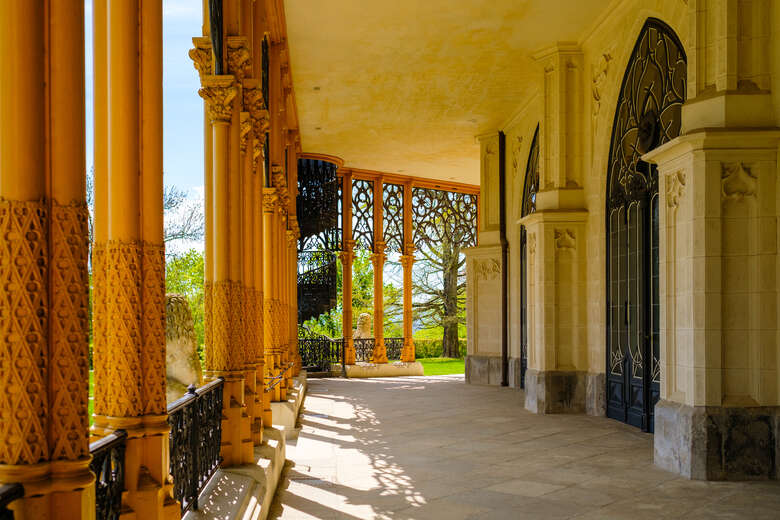 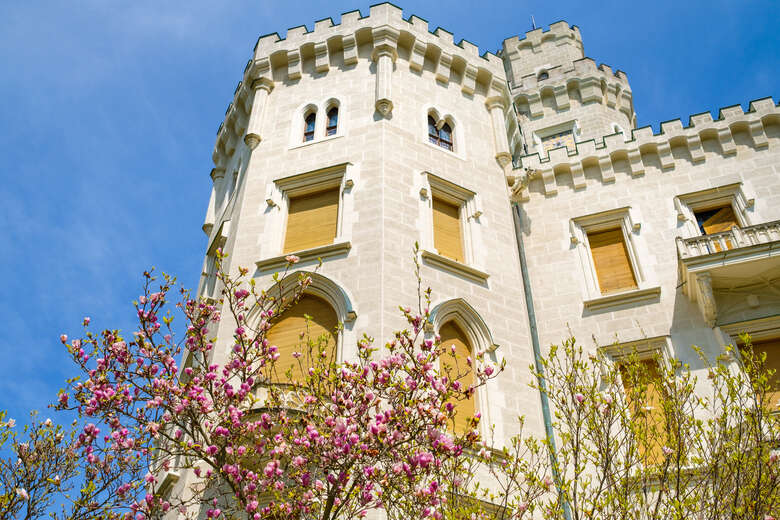 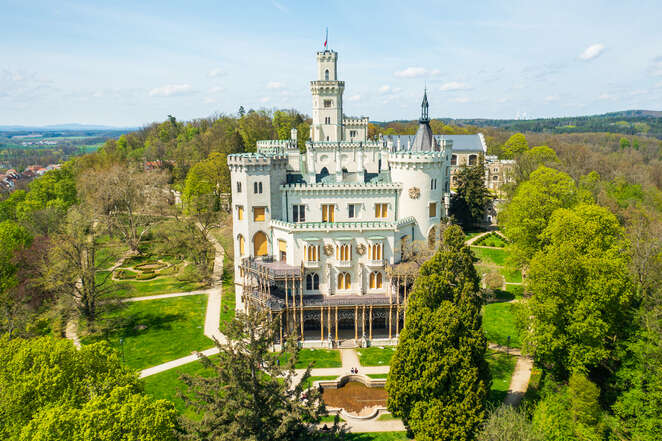 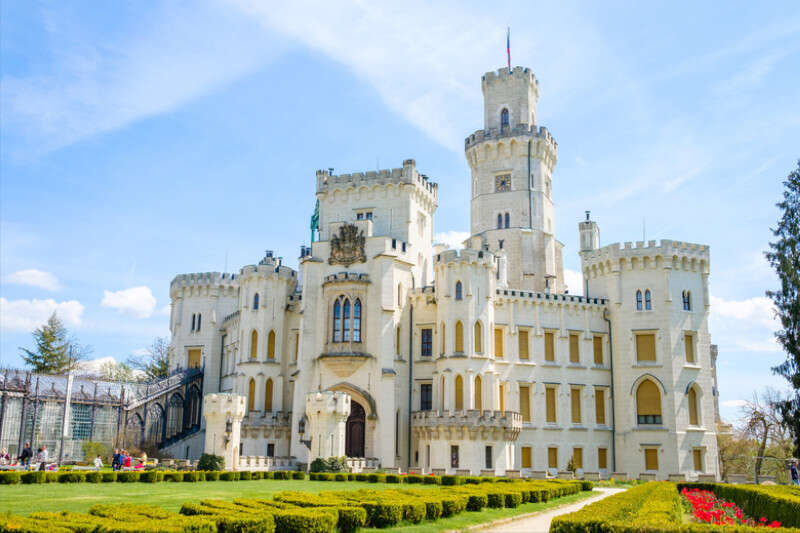 It was built by Přemysl Otakar II in 1256 as a defense stronghold against his brother and rival Václav III who ruled over Moravia at that time. It was also used by his successors until it was destroyed during the 17th century.

Uncertain origin of the name

The origin of the present name of Hluboká Castle is still disputed. Some claim that the castle got its name due to its location deep in the woods, others argue that it was due to the construction on a rock above the deep Vltava valley, and some even believe that the name derives from the well, which is perhaps 125m deep in the castle.

Though it comes from medieval times, it has been through many transformations - from gothic, to renaissance and then baroque look. In fact, the current look of the castle was inspired by the English royal castle Windsor. The castle was originally built as an irregular polygon with an inner courtyard surrounded by defensive walls up to 4 meters thick. The entrance gate led directly into a central courtyard surrounded by three-storey buildings; at least two towers were also placed around it - one at each corner.

What you shouldn’t miss

The official guided tours at Hluboká Castle show you the interiors of this unique historic monument. You can enjoy a tour through the representative halls and the armory, where you will see original toilets and bathrooms. When the weather forecast is on your side, you should not miss a walk in a large English park with a number of rare trees. Tours are conducted by guides in Czech and English.