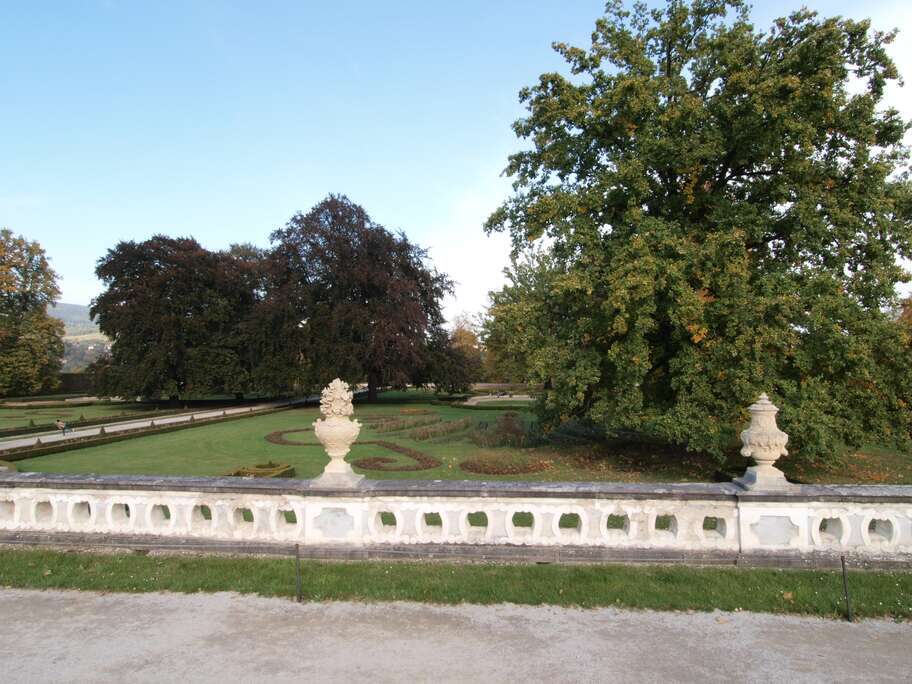 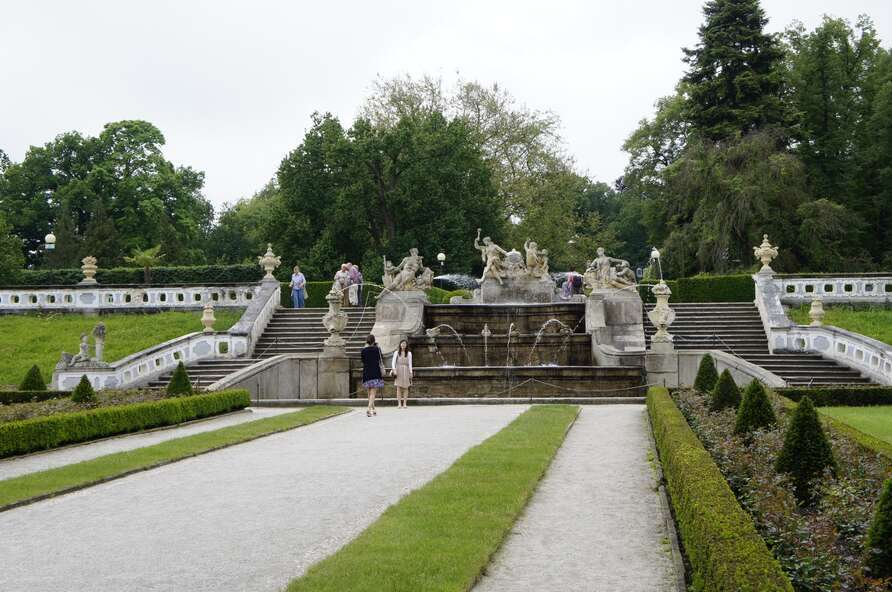 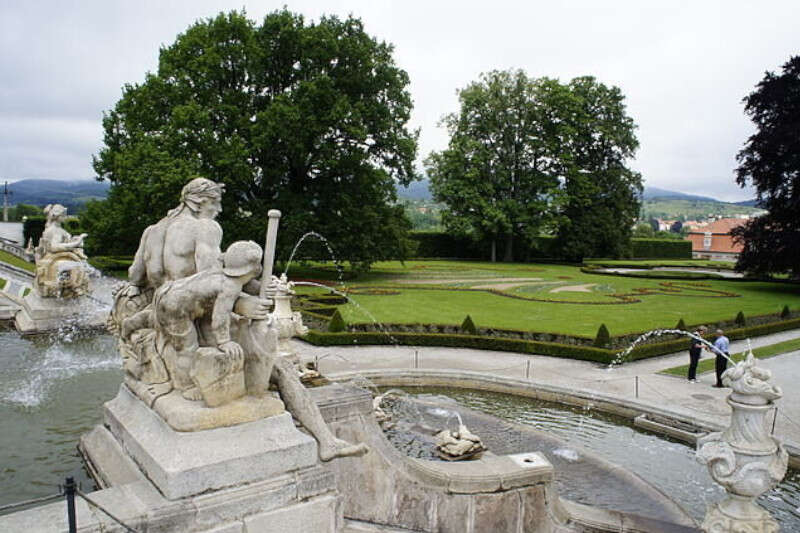 Take a romantic walk with your partner and breathe in the smell of flowers. The baroque garden was founded in the 17th century and is situated on a hill. The main part of the garden is perfectly maintained with beautiful floral patterns carved in the grass and the other part is left little wilder. The castle garden is almost 11 hectares in size, which is equal to 11 football fields.

Neptune is the ruler of this castle garden

The fountain invites you to sit and read a good book or observe it up close. The fountain is built on 4 levels and features rich sculptural details. The most important element of the fountain are the statues representing gods and goddesses. Such as Neptune, Amphitrite, Oceanus, Nereus, and Triton. On both sides of the cascade, 20 different ornamental vases made of Eggenburg limestone were put to the parapet wall.

There has been a long tradition of breeding goldfish in the pools of the Cascade Fountain - the first instructions to breed them date back to 1781.

It all started in 1947, a stage performance was performed in the castle garden in front of the Bellaria Summer Palace as part of the first year of the South Bohemian Theater Festival. The idea of an experimental revolving auditorium probably began to emerge even then. As a result, the 1st performance in a revolving auditorium could take place after more than 10 years.

Make sure to arrive on time. Be at the entrance to the castle garden at least 15 minutes beforehand. Entrances will be closed 5 minutes before the start of the performance. You've the option to get subtitles for tablets. Texts are in Czech, English and German. They are appropriate for both foreigners and the deaf.

The only preserved “magic table” in the world

Despite the fact that the indoors of Bellarie summer palace are currently closed to visitors due to renovations. The first tourists to Bellarie will be able to visit already in 2024. The palace’s castle garden is a rare rococo garden structure, the only one of its kind in the Czech Republic. The summer palace was built at the end of the 17th century by Prince Jan Kristián of Eggenberg. Indoors of the summer palace are home to some of the best-preserved Rococo paintings. He has masterfully and bravuraly played out an idyllic Baroque scene and large-format paintings on the walls.

A beautiful old table in another room of the Bellarie Summer Palace will capture your eye. The so-called "magic table" is located in the center of the room. It's the only surviving working magic table in the world, which was being used by the nobility to send food to the hall.

Another place to look forward to when the Bellarie palace opens its doors is the so-called grotto. This is actually a man-made cave. Perfect place to rest or cool down on a hot summer day in Český Krumlov.

Chill next to castle pond

The front of the top garden is crowned by a cascading fountain with statues of water deities, a railing, vases, and allegories of the four seasons. You'll find the fountain on the slope that forms the ...

The local name ‘Jelení zahrada’, meaning Deer Garden, was documented for the first time in the 18th century. Even then, the original plan of the garden’s function was a game-park.Now known a ...