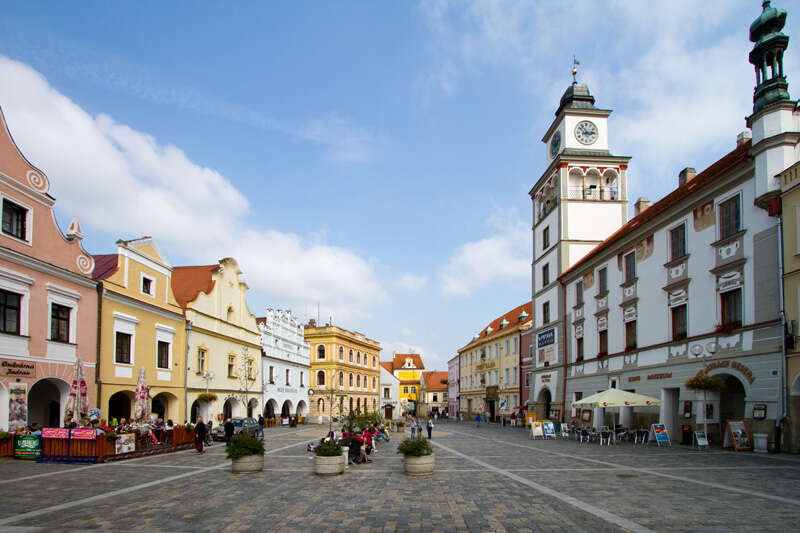 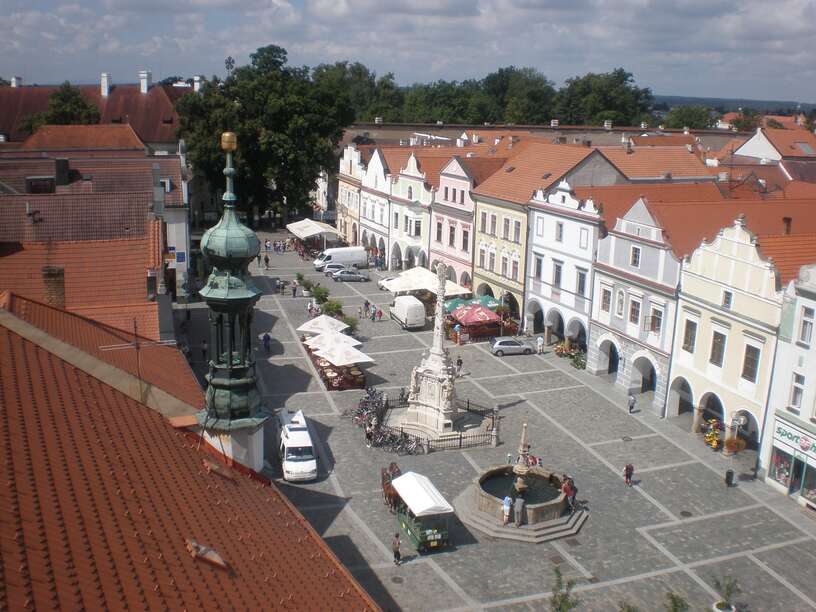 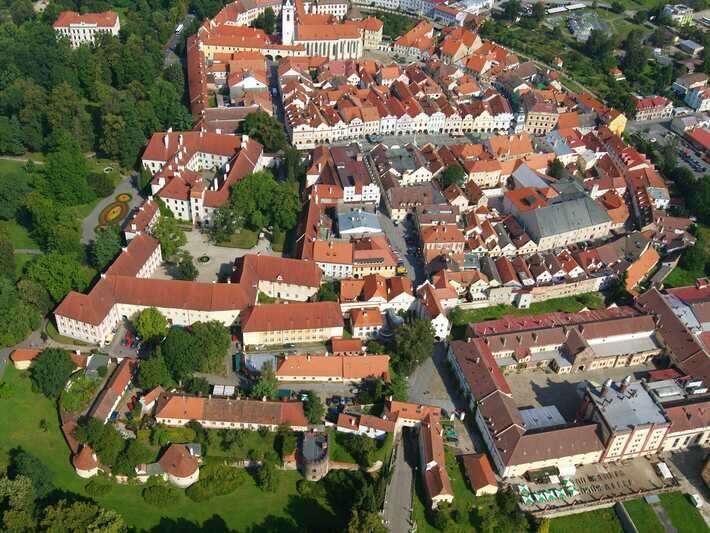 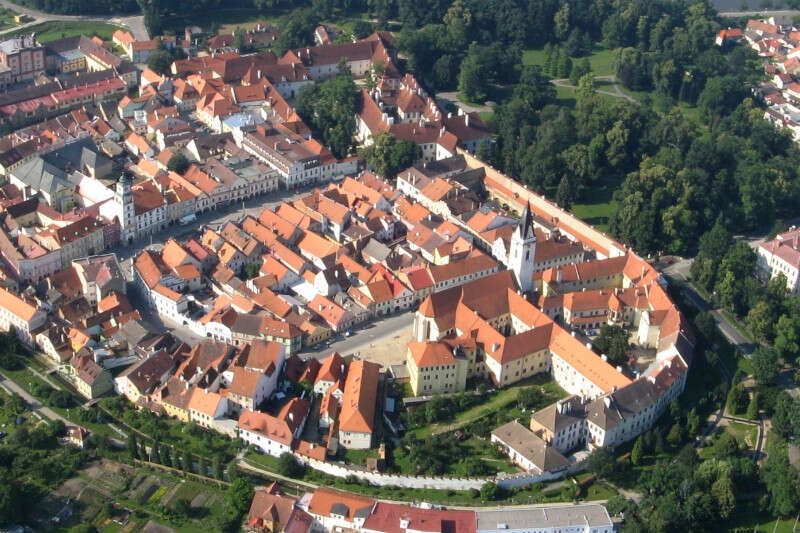 The first images that come to mind when someone mentions Třeboň are the stunning deep forests, expansive meadows, and countless ponds. The South Bohemian town offers a lovely mix of an active and cultural holiday. It has approximately 8,500 inhabitants. It is situated near the Austrian border, between České Budějovice and Jindřichův Hradec.

The area was settled by Slavs in the 7th century and became part of Bohemia in 805 AD. In 907 King Zdislav I. was crowned here. As early as the 14th century, seals feature the Třeboň coat of arms. When it was approved by Emperor Ferdinand I. in 1556, it took on its current appearance, which at the time included a blue backdrop with a silver-crenelated castle wall and two towers

Třeboň is a small town with a rich history and plenty to see, including the castle and several museums. It also has much to offer in terms of recreational activities, including golfing, swimming, cycling, and hiking. Also home to one of the oldest breweries in the world - Regent Brewery.

The perfect mix of relaxation and adventure

It's one of those locations where you can let yourself go on a busy adventurous ride. Try your hand at fishing in the largest pond in the Czech Republic or go biking through the beautiful, verdant forests. After a long day of outdoor activities, unwind at the Aurora and Berta Spa. A modern spa in the middle of the city where your body can fully recharge.

Ride your bike in a flat paradise

The flat landscape of the Třeboň region is especially famous for its beautiful landscape full of ponds and offers ideal conditions for cycling, which is one of the most popular recreational activities. There is a large network of marked cycling routes and several nature trails that will introduce you to the local landscape and history of Třeboň.

The neo-Gothic building itself is impressive and has no parallel in Bohemia. The enormous and majestic structure from the 19th century simultaneously gives the impression of standing there for nearly a thousand years. You'll find it in the middle of an English park. It was the final resting place of 26 members of an important South Bohemian aristocratic family the Schwarzenbergs, whose Czech beginnings began near the tomb.

The tomb is located 1.5 km from the center of Třeboň on the southern part of the lake ‘Svět’. The construction was initiated in 1784. The pseudo-Gothic two-story structure, which is formed like a regular octagon, was constructed in accordance with the Italian Campo Santo famous men's cemetery. The Neo-Gothic altar is located in the chapel dedicated to Christ the Redeemer.

The largest pond in the Czech Republic was founded in 1584-1590 by Jakub Krčín from Jelčany and Sedlčany. Rosenberg pond is accessible both by car to the dam and by hiking trails that lead around the entire water area.

The fishery Třeboň a.s. is the largest producer of freshwater fish in Europe, managing 439 ponds with a total area of approximately 8,000 ha. The annual production amounts to about 3 200 tonnes, of which about 85% is carp, the rest is tench, pike, catfish, grass carp, grass carp, and perch. Make sure to try the delicious carp fries that are produced locally.