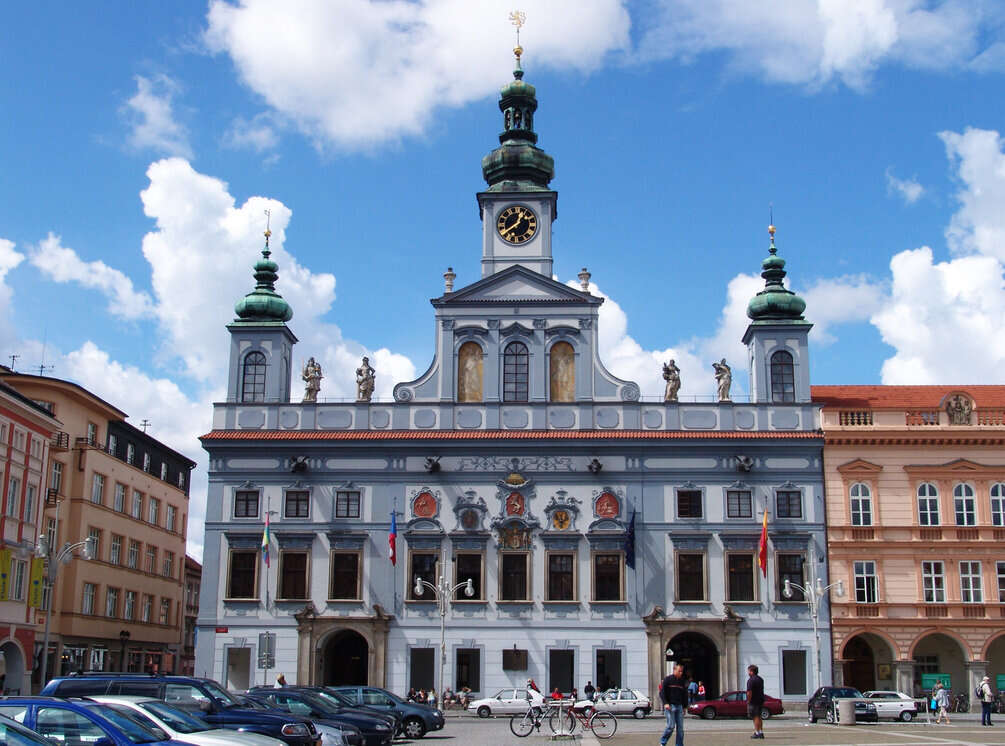 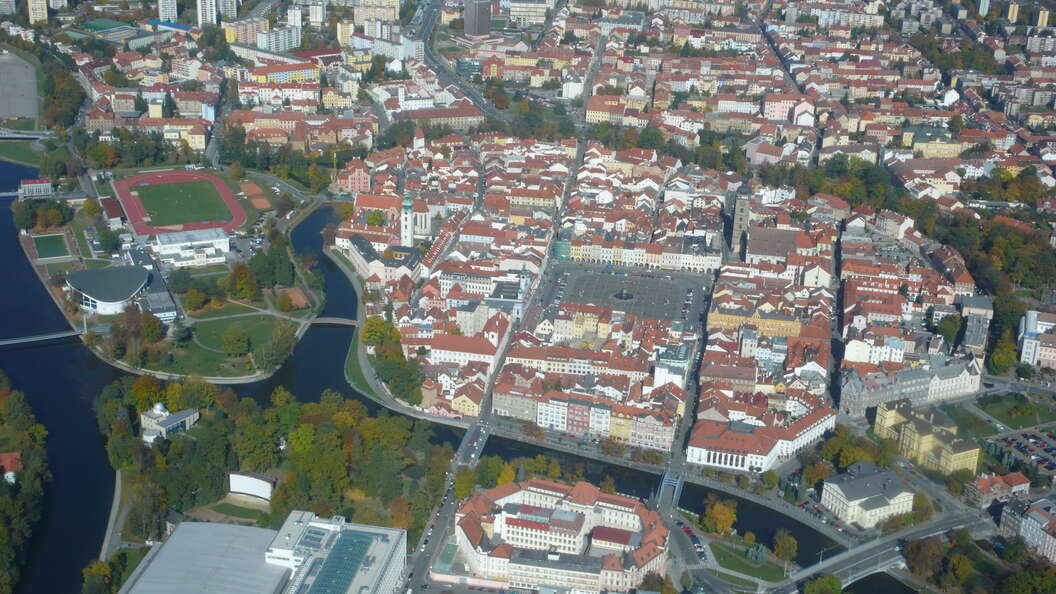 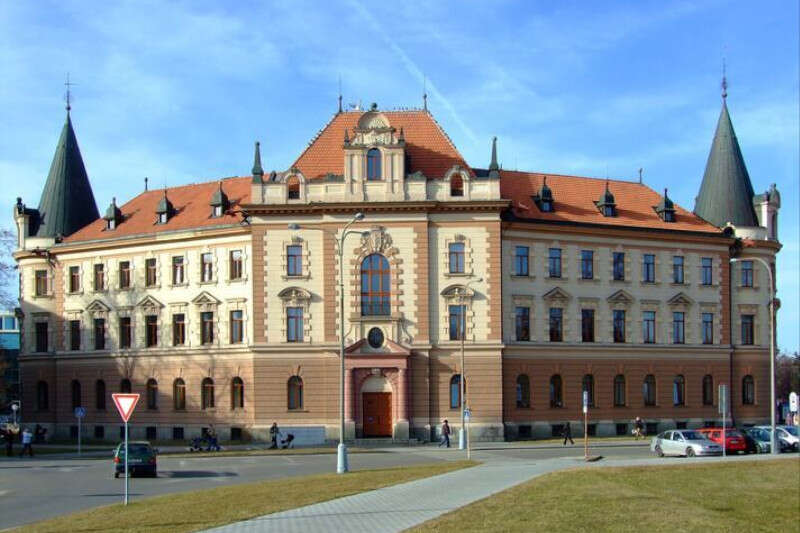 King Přemysl Otakar II. decided to establish a sizable royal town here in 1261. He chose a strategically excellent location near the ‘Budivojovice’ area from which the town took its name. At the junction of the ‘Malé’ and ‘Vltava’ rivers. In the middle of the town, you'll find the main square named after the king with dimensions of 133 x 133 m. It's the largest square in the Czech Republic and one of the largest in Europe.

The fountain that provided water to the town

In the middle of Přemysl Otakar II Square you will find the famous symbol of České Budějovice - ‘Samson's Fountain’. Built between 1720 and 1727 as part of the town's reconstruction during the 30 Years' War. This spectacular Baroque structure was created with the purpose of providing water to the town's side streets. In the evening it's very nicely lit not only from the pavement but also through the water surface. Thanks to this, the light creates very nice patterns and shimmers in the dark.

The center of České Budějovice is dominated by the ‘Black Tower’ - a 72-meter high bell tower and the town's bell tower. From its gallery, you can take in a stunning sight of the city and its expansive surrounds. The tower was constructed in the Renaissance style around the middle of the 16th century. The cathedral church of St. Nicholas is seen to the right of the tower. After the stunning late Gothic church was destroyed by fire, a modest baroque structure in the middle of the 17th century was built.

When you miss being in nature, make a visit to some of the natural landmarks close to the town. Such as the ‘Vrbenské rybníky’ nature reserve, the ’Tůně u Špačků’ nature reserve, and the Stromovka forest park, are also noteworthy attractions that draw travelers to the town of České Budějovice.

Brewing beer was not considered a craft, but a business. Some residents of the town employed an experienced brewer and his family to produce beer using the so-called truck method. The law-owning townspeople were initially given nearly unrestricted permission to brew beer in their residences for their personal consumption and for tapping. But later on, they were only allowed to brew beer once or twice a year.

Since the middle of the 19th century, bottom-fermented beer has become increasingly popular in the Czech Republic due to its higher quality and longer shelf life. It is so it would have a taste, be clear, foamy, and did not spoil right away. Today's locally made beer, the ‘Budějovický Budvar’ was founded in 1895 by leading Czech bourgeoisie and industrialists (August Zátka, František Hromada) under the name of ‘Český akciový pivovar’.

In the brewery's visitor center you can see a multimedia exhibition called ‘The Story of Budějovice Beer’. What you'll enjoy the most is tasting beer directly in the lager cellar. You can also taste beer straight from the tanks in ‘Masné krámy’, the most famous pub in České Budějovice.

Feeling like going on an adventure? Take a boat trip to Hluboká Castle in summer. You'll experience navigating through a chamber with a drop of 8 meters and see a drawbridge in the harbour of České Vrbné.